Hamza Naeem | Published On: October 3, 2022October 3, 2022
NeoGamr.net is supported by its audience. When you buy through links on our site, we may earn an affiliate commission. Learn More

The post-2010 era is one of the most important and revolutionary for the gaming industry. We have seen technological advancements, a rise in multiplayer gaming, and one of the most popular genres that emerged midway through the decade was Battle Royale. Survival of the fittest, last man standing.

Iconic franchises like Call of Duty introduced a battle royale spin-off Titled Warzone, which, as you can guess by now, overshadowed every other battle royale on launch and was a mega-hit among gamers.

Battle royale follows the same format, you start with nothing, gather armor and high-class weapons, fight your way through the end and be the last one standing. Pretty straightforward.

Fall Guys, however, brought a unique twist to this genre that was never seen before. There are no guns, no vehicles, instead, you pick an adorable little character and make your way through various obstacles. You are not alone, there are 59 other players competing for the same spot.

It’s hilarious watching tiny jelly beans fight their way through the maze. And guess what? You can add 3 more players to your fire team. It’s an online multiplayer, after all. But do Fall guys have crossplay? Can you play with other players on different platforms?

Fall Guys is available on PC and PS4 yet. Players on other platforms will have to wait a little more if they are looking forward to playing Fall Guys.

A recently announced Major update by Mediatronic shows that Fall guys is transitioning into free-to-play on June 21.

On the same day when the update goes live, Fall Guys will be available for purchase on more platforms and with the added feature of CrossPlay.

Right now, only PC and PS4 players can team with each other, but very soon, you will be able to download and play Fall Guys for free on Nintendo Switch, Ps5, Xbox series X/S and Xbox one.

This is a huge but welcome update that everyone was asking for a long time. Players will be able to join with other players on different platforms, and they can create custom lobbies to have fun with friends in private. Mediatronic is also allowing cross-progression on different platforms.

Cross-Progression is when you switch to a different platform, you get to keep your in-game progress and cosmetic items, so you don’t have to start all over again.

To do this, You have to log in to Epic Games Store with the same account on a different platform and download the game. as long as you are using the same account and email id, you are good to go.

Crossplay is going live on June 21, and on top of that, the game will be made free for all. This is such exciting news, and it makes me wish that I was a Fall Guys player right now. I can’t imagine the excitement of old players.

Also, if you are looking forward to playing fall guys on PC, it is going to be removed from Steam right as Fall Guys go Free for all. After June 21, 2022, the official store for Fall Guys will be Epic Games Store.

Players who currently own a copy of this game on Steam, don’t worry you will still be able to play and crossplay with other players after the big update on June 21, 2022

Fall Guys is available to download on PC and PS4, and since season 6, both platforms can crossplay between each other.

Players don’t have to worry about their friends on PS4, they can easily join and even create custom lobbies for private matches

#2 – Is Fall Guys Cross Platform PC and Xbox One?

Crossplay over different platforms is planned and set to release on June 21, 2022, so as of now, you cant join players on Xbox one if you are on PC and vice versa

#3 – Is Fall Guys Cross Platform Xbox One and PS4?

Despite being consoles and having similar traits, there is no sign of crossplay yet, which is going to change in a major update on June 21, 2022. Fall Guys is going free to play with crossplay, and new console platforms are being added

#4 – Is Fall Guys Cross Platform Xbox One and Nintendo Switch?

Currently, you cant download Fall Guys on Xbox one and Nintendo switch because it is not available on these platforms.

Mediatronic has announced a major update in June which will include crossplay and new platforms. Xbox and Nintendo Switch are on the list of compatible devices.

Fall Guys fans will be disappointed to hear that this game is not available on Mobile Devices at the moment, but Mediatronic stated that they would love to introduce this game on more portable devices like Mobile phones, but no release date has been set.

Once Fall Guys is available on newer gen consoles like PS5 and Xbox series X/S, you will have more options for cross platform play, and in the case of PlayStation consoles, cross-gen support will be available

Currently unavailable on Xbox devices, players will be allowed to download this game for free on Xbox Consoles after June 21, 2022 update, which also includes a cross platform feature for all consoles. Xbox players will soon be able to queue with each other along with other consoles too

#8 – Is Fall Guys coming to Nintendo Switch, Xbox One, and Xbox Series X?

Yes, following the exciting announcement, Fall Guys will be available for Nintendo Switch, Xbox One, and Xbox series X/S players on June 21, 2022

Fall Guys is coming to PlayStation 5 soon, along with other consoles, in June 2022. This was made to confirm after the announcement from the developers.

Fall Guys is available for purchase on Steam and Playstation store on PC and PS4, respectively, however, after June 21, 2022, you can no longer buy Fall Guys on Steam.

Fall Guys will shift to Epic Games Store, and on the same day, the game will transition into Free-for-all mode.

There is no doubt that this is one of the most fun and hilarious games ever made, and the fact you can join up with your friends just doubles up the shenanigans.

It is adorable to see those little jelly beans strolling around the map, panicking everywhere, running against the time to secure first place.

From other battle royale games, Fall Guys feels more fun and refreshing. Although there is no high-stake action and badass car chases like other Battle Royale, playing with friends while making our way among 60 other players is chaotic, and I love it.

I am glad the devs are taking steps toward building a strong fanbase, and as Fall Guys start rolling on more platforms, we will meet new players, new stakes, and lower queue times. 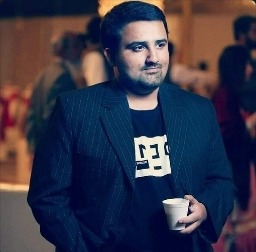 Enthusiastic about gaming and PC hardware, he found his gateway to the gaming world when he was young and first experienced the open world of Grand Theft Auto. Since then he has developed a strong love for gaming. Being inspired by it, started working as a full-time writer on NeoGamr, sharing his love for games and knowledge about gaming hardware one article at a time.

NVMe vs SATA: What’s The Difference And Which Is Faster?

How To Fix “NVIDIA Display Settings Are Not Available” Error?