Gregory Rosales | Published On: October 3, 2022October 3, 2022
NeoGamr.net is supported by its audience. When you buy through links on our site, we may earn an affiliate commission. Learn More

Nvidia once again raised the bar by launching the new 3000 RTX 2nd generation series in the market.

The trio is based on the new advanced technology called Ampere architecture. So, far there have been so many benchmarks available in the market for these three graphics cards, but I’m only going to share the valuable part from those benchmarks and performance tests.

From left to right, we have the mighty looking RTX 3090 that is larger than the gaming consoles launching in the holidays.

The RTX 3080 and 3070 have dual-slots design while the GeForce RTX 3090 has a monstrous triple-slot design. RTX 3090 is the new powerhouse if we compare it with 3080 and 3070 because of the amount of extra duty dedicated video ram its built-on.

Without wasting more time, let’s move forward to the requested section, where I will discuss everything related to the newly launched trio series in-depth.

This is getting boring, isn’t it? Let’s add some twists in specs. All three graphics cards are built on the new Ampere architecture with other advanced enhancements. One of them is the new DLSS 2.0. The new DLSS 2.0 is the core feature; if you are someone who always wants to boost their maximum FPS as soon as possible, you started the game, then this the best butter you will get in your bread (more on this later).

The second-generation RT cores deliver 2x performance over turing. What does this mean?

In simple words, the older gen Ray-tracing lacks a lot when running games at high resolutions like 4K. With the new Ampere, you can see an improvement of 25 to 30 percent for 4K gaming, at least on the RTX 3080 and RTX 3090 for sure.

All three GPUs support the new HDMI 2.1 ports as well, so if you own an HDMI 2.1 compatible TV, all chicken is yours. These displays are suitable for outputting 4K/120 Hz or 8K/60 Hz.

The trio graphics cards are using the DLSS 2.0, as I told you above. What’s that, and how it will boost the performance and frame rates?

As a combination of real ray-tracing and DLSS by Nvidia, you can enhance the image quality of the game. However, not only this, you can reduce the blurriness as well.

Meanwhile, the DLSS also helps you to boosts framerates to help you enjoy that high rendered ray-traced visuals instantly. It is more potent as compared to Native rendering or Anti-aliasing as well.

The suggested power supply for both 3090/3080 cards is 750w, while the 3070 GPU need a 650w PSU. Also, thanks to the all-new super-fast GDDRX6 video memory to make our gaming experience more enjoyable with a blink of the eye.

One more thing, PCIe 4.0 interface is the next upgrade you need in your motherboards because all these three cards are running super-fast and giving more bandwidth speed equally in all directions only on an actual PCIe 4.0 bus interfaces.

For this specification’s comparison section, I guess it’s enough; now, let’s head up to the next topic.

For people interested in the RTX 3080 vs. 2080 Ti comparison, you can check out this guide I wrote two days ago!

With the integration of DLSS 2.0, RTX I/O, 2nd generation Ray-Tracing settings, 3rd gen AI processors tensor cores, you can expect some highly requested performances in the new RTX-30 series without any hurdles.

What if I say, the GeForce RTX 3080 can run every single triple AAA game you name it at 4K/60 FPS with stability and high image quality with 10x fast loading times? Yes, it’s really true!

The RTX 3080 is now able to run your favorite AAA games comfortably at non-stop 60 FPS, which is a considerably colossal improvement for the games that run mostly between 50-60 fps before on the RTX-20 series. That’s the real power we are talking about.

Now, let’s check how the RTX 3070 is going to RIP off the RTX 2070 and 2070 ti with the super-ultra-performance featuring the new 2nd gen ray-tracing in all departments.

The RTX 3070 Ampere is 60% faster at 1440p resolution than the GeForce RTX 2070 and 30% to 40% faster than 2070 ti and super. Games like Minecraft and Control are few of the victims tested on this GPU with substantial triple power.

Lastly, the card that gets my most love since the launch 3090 is simply an incredible innovation as it beats almost every GPU up to date. In a recent guide, I mentioned that the RTX 3080 is hitting the 2080 Ti, with 24% improvement benchmarks according to the leaks shared by a Chinese TecLab.

If you play DOOM ETERNAL, you will indeed feel a considerable performance boost against the 2080 Ti. In numbers, 40 percent more improvements.

Without a worry, three things are mutual in these three RTX-30 graphics card series that is the next generation improvements with the 2nd generation Ray-Tracing settings, DLSS 2.0 with new RTX I/O (more on this later), and the third one is new AI processors 3rd generation tensor cores with more v-ram.

Now, the most critical stories spreading clouds all over your brain are about which RTX 30 series cards are good enough for you? Which is the best RTX card from the new series? How to decide what card you need? Right? Do not worry!

At this point, I am not going to get more in-depth into this again; because all the features and improvements with benchmarks have been discussed above. However, let me summarize everything at a short note for you guys so you can get a clear vision.

Some of the features that are common between the new RTX-30 GPUs are below:

Some of the features that are not common between the new RTX-30 GPUs are below:

I missed some features intentionally for the below section to help you guys get more help while deciding the best RTX graphics card for you.

For me, every Nvidia GeForce RTX is unique with particular features. There is no competition when you compare something entirely made for 4K gaming and one for the 8K gaming.

So, looking at what each card has to offer, the RTX 3080 is the ideal choice if you are looking for some serious 4K gaming at full potential having max settings @60 FPS, which is providing you double or triple the performance than the RTX-20 cards. Games like Red Dead Redemption 2 can be run at stable 4K 60 FPS performance, which we can’t achieve with the first batch ray-tracing series.

Then, there is the RTX 3070 graphics card for 1440p gaming even though it is built for the 4K gaming as well with the same level of reliability as the RTX 2080 Ti, but still, the environmental settings like 3080 for 4k gaming are not precisely the same.

You can even play AAA titles at full potential too. All I can say about the RTX 3070 is that it’s hitting the sweet spot for gaming at cheaper investment.

The last one is the powerhouse and the central pillar of the new Ampere based series. The Nvidia GeForce RTX 3090 is going to blow your whole gaming experience with the 8K gaming. The only dedicated GPU with real 8K gaming experience that Nvidia has to offer, up to date, no other GPU can deliver this much for the consumers.

The RTX 3090 is the sure upgrade you need if you are building a high-end gaming pc with the highest tier specifications and hardware. It is expensive as compared to 3080/3070, but, indeed, it is the card for the next 4-5 years for sure. All three GPUs are cheaper than the RTX 2080, RTX 2070, and other variants.

The more you spend, the more you get; this is precisely the situation when we compare the three 2nd generation ray-tracing Ampere series between each other.

On the one hand, the RTX 3090 GPU is absolutely a beast in the whole marketplace while, on the other hand, the most awaited 3080 is the current trend everyone is searching on the web.

Along with this, 3070 is going to finish it up the remaining 1st generation RTX series on a good note too. So, it’s all upon your budget and the mindset you have. The overall marketplace is cut out by 50 to 70 percent also after the launch of the RTX 3000 series, so feel free to check the other cards as well.

From left to right, every specification and benchmark we compared, all these cards are really different and showing good signs of improvement in the overall gaming world. I hope this guide will surely give you an idea about everything these cards have to offer.

Lastly, here is my answer to the most asked question you guys were asking on our social platforms and forums.

Answer: I will buy the Nvidia RTX 3090 because I’m in the process of building my 3rd gaming pc this month. I will surely share more details about this in the coming guides but right now, let’s wrap this article here! 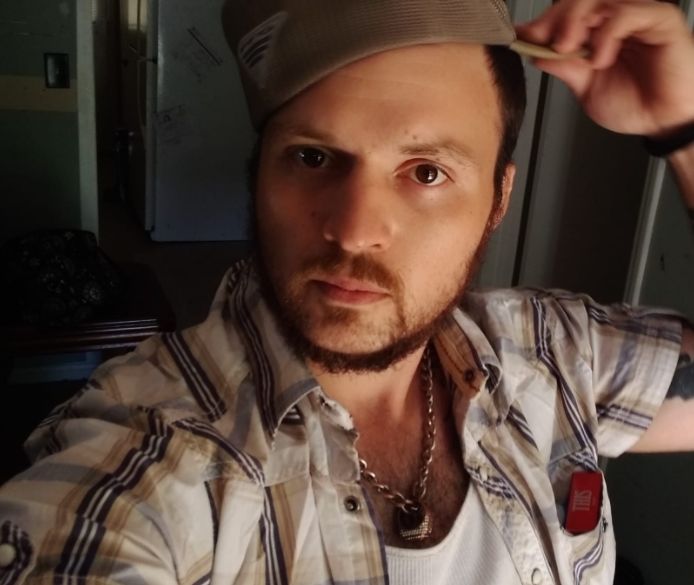